The Badlands National Park in South Dakota is one of the few National Parks which covers a large area, but still has only few maintained hiking trails. Looking at the official NPS-Map you just see two longer trails: Castle Trail and Medicine Root Trail. Both are next to each other and they cross several times.

There are six more official trails, but they are all less than a kilometer (0.62 Miles) and all located in the northeast area of the park like the two above. So if you want to hike more, you have to get creative. Since the Park offers so much more that wants to be explored, you have to go into the backcountry on your own.

For a two day hike with a night in the tent, I chose a trail from the webpage of the Backpacker-Magazine which leads into the Sage Creek Wilderness. As a 35 km (21.7 Miles) long roundtrip hike trough the hills and the prairie of the Badlands, it should display the beauty to the National Park for hiking enthusiasts. It was planned to spend the night int the grasslands. A wide-open grass-covered area with grazing buffalos. Thankfully, in Badlands National Park you are allowed to stay overnight in the backcountry without a permit. The only twist – no reliable watersource along the trail.

The rule of thumb says to carry 4 liter (1 gal) of water per person. Add to that around a liter (1/4 gal) of water for cooking and the morning coffee. As the result you have to carry around 9 kilos (19.8 lb) of water in addition to the hiking and camping gear. So my backpack weighs about 17 kilos (37.5 lb) – ouch. The plan was to take the two-day hike – but plans are there to be changed. And this fate had to be accepted for this hike. A cold decided to creep up on me, just so see the nice area, too.

Thus I felt very weak the day before the hike and I asked myself how I should carry all the weight all these kilometers in my poor condition. If the trip would have been at the end of my vacation  I would have go for it. Since I didn’t want to risk that being sick the rest of the vacation, I reluctantly decided to cut the hike down to a one-day trip. On the bright side it meant to carry less water and no camping gear. And I would hike as far as my feet and my body would take me.

Do you have a GPS-device? Use it! Here we go Badlands! The weather forecast predicted contrary weather with light rain for this September-day. But at the beginning the sun was still shining. I roughly memorized the first part of the track. A little bit straight and then following the dried out riverbed. For this part I left my GPS-device off. The riverbed lead straight to the harsh rocky buttes which are typical for the Badlands. Pastel-colored pinnacles throughout the countryside immersed the area in vanilla and soft pink colors. Being already in the rocky formations all of a sudden the riverbed split – time to check the GPS.  A look on it revealed that I should have checked it way sooner. After lots of scrolling on the tiny screen I found the track – ways away from my current location. What next? Return to the  point where I left the track? Looking at the digital map, hope rised that I can cut through to the original track, if I take a certain direction. Unfortunately there were lots of buttes in this direction which meant boulder time. A few buttes shouldn’t be a problem, right? At least the overview from the top would help to assess the situation. The sky was slowly getting cloudy  and I hoped to get through with climbing before the rain.

Up it goes! Ascending the hills I already realized how loose the top layer was. Crumbly clay, which loosened by every careful step, to slide down the hills. Finally arriving at the top mixed feelings rose in my guts. The view was breathtaking. An endless scenery with hills  stretched to the horizon. But it also brought disillusion – it meant that there was no shortcut back to the original track. The only option left was to return to the point where I left the track. View from top of the buttes

But first I had to get down from this hill. Which turned out to be easier said than done. From up here, things looked a lot steeper than from the bottom. And the loose gravel made things worse.  A little aisle looked promising and after a quick examination my partner discovered that one has enough grip by kicking the feet into the clay. He went first and I wanted to follow him. Unfortunately the gravel was so loose that it all slid down while he descended, which left me with a slick slippery surface on the ideal path of the aisle. I tried to climb down next to it, but the clay was so crusted over  and thin that my shoes would not hold on to the surface. The tiny shrubs I grasped in despair just pulled out. So I was stuck on the descend, hardly being able to move back or forth. I felt like a cat, being stuck and meowing  terrified, after climbing on a tree. My legs started to tremble and my  steps got more and more shaky. Every move set off a little avalanche of gravel underneath me. Just a few feet to move down but a few feet to much for me in this strenuous situation. Inch by inch I crawled downward and the grip underneath my shoes got worse. And then it happened – one foot slipped, and then the other one. My fingers tried to grasp into the clay but no chance – I kept sliding till my partner caught and stopped me. Luckily we escaped with no more than a scare and some scratches. And I swore to myself not to do such a crazy thing again. And to check with the GPS even if I think that I know exactly where I am.

Getting lost took about 1.5 miles, more than 2 hours and some nerves. But we got directly into the Badlands formations. Always think positive.

Back on track I now strictly followed my GPS-device. First, it led me over wide plains with few vegetation. Then all of a sudden, the grass was getting higher and higher. The sky darkened. Wind and storm began and rain was following soon. Just a tiny glance and the decision was made: a real hiker continuous his way. Hardshell-jacket put on, rain cover over the backpack, camera put away. On with the show! A tiny caved path led the way for a while, but more often I had to rely on my digital map when no way was visible due to the high grass. Grass, where you just have to trust that you won’t set foot on a rattlesnake.

After traversing a large flat with white sand, that in former times must have been a mighty river, Deer Haven leapt into view. One of the few larger tree covered areas in the Badlands. To get to Deer Haven I had to ascend the badlands formations once again. This time though I was following my GPS device, which showed a pretty easy way up. Arriving there, the grass was tall enough to reach my knees and I was finding myself in a little wood of juniper. Juniper that does not look similar to the European juniper in any way. The European juniper has luscious green and is really bushy. The juniper in the Badlands are more like dry bizarre tree creatures that bend in the landscape.

For an even more terrific view, I had to get out of this wood and ascend a little further. Impracticable, that might be the word that fits this passage best. First, I had to find a gap where it was possible to get on top of the harsh rim. When I found a suitable spot and began to climb up, I recognized the tiny stones sliding under my feet again. This way back should be funny. The gorgeous view from up there was worth all the effort. On the horizon you could see some cows. The rest was Badlands formations, pinnacles, buttes and prairie, the trees of Deer Haven right below me. The sun had fought its way back through the clouds and the sky had become light blue. Since it was pretty late already, this had to be the farthest point to reach today and to avoid returning in darkness. Nearly an hour to relax and eat some trail mix and energy bars as a reward. Before starting to hike back, I just had to look out for the passage that could have been my way for the 2-day-trip. It should have been a great adventure. The descent was as challenging as expected. Everything below my feet was moving faster than I wanted it to and I tried not to start rolling myself down the hill. I started quite well, but when it got to steep, I decided just to let go and threw myself in the branches of a large tree. I love nature!

The way back was quite relaxing. Beautiful contrasts accompanied the  6.5 mile -walk with dark blue clouds darkening the sky while the sun had let the badlands formations be lighted up.

Without snakebites or any other injuries I arrived pretty satisfied at the rental car after six adventurous hours and 9.5 miles. Tired, but satisfied. Since I could not spend the night in the wilderness, I was happy that I found the Sage Creek campground on the park map. When I arrived there at sunset, buffalos where grazing there and I could hear the coyote howl at night. Not too bad for a Plan B! 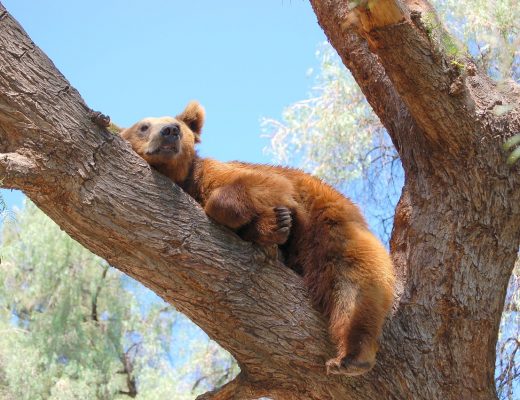 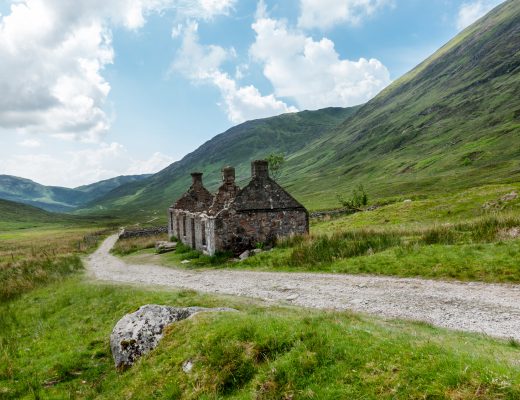 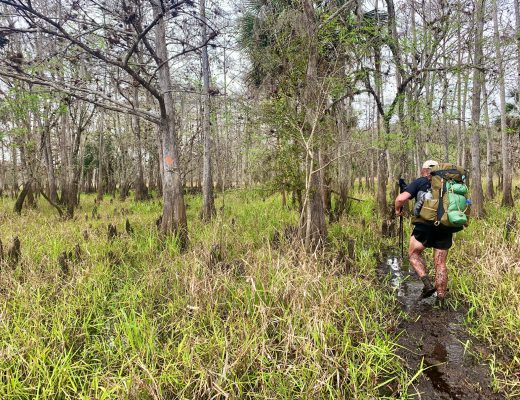