Arizona Trail – Part 6: The rattlesnake and the restrooms

The plan was to start the nearly 5.000 feet ascent to Mount Lemmon pretty early in the morning to take advantage of the cool hours. After last night’s exciting Search & Rescue mission there is no way for an early departure. Instead I have breakfast with Beryl and Laura, evaluate the last hours and say goodbye to them at half past eight.

The first miles feel easy due to my increased physical condition. Well. This changes abruptly after I pass Romero Pass with a breathtaking view of Tucson down below. The trail is so steep that I merely crawl up. Every few minutes I have to take a break and struggle to breath.

“Do they want to kill the Arizona Trail-Hiker here”, I think and take a seat on a fallen tree.

After some more exhausting climbing I arrive at a fork… and get lost for the very first time. Mount Lemmon Trail sounds logical after all. But I’m surprised that this one leads downhill again and I check the Guthooks App. Oops, in fact I should have turned right into the Wilderness of rocks. Fortunately I only have to go back a few yards.

It is very tempting to just stop in the Wilderness of rocks and call it a day. Smooth sandstone, tall conifers and a romantic rippling river are absolutely seductive. “I will certainly not have been here for the last time, but for today I have to go on”, I admonish myself as I swing my backpack on my back again after a longer snack break.

While I take pictures of the Arizona Trail sign for the umpteenth time , a young hiker in a neon-orange shirt approaches from behind. We stop for a moment, realize that we both have the same destination for the day and start the last stage together. Larryboy is craving for a fat pizza in Summerhaven. While hiking, I tell him about my plan to spend the night in the infamous restrooms of the community center, where some thruhikers had already set up camp. He is completely thrilled and wants to follow the plan.

At 4:35 p.m. we arrive at the pizzeria and read the sign in disbelief: “Ovens are switched off half an hour before closing time”. Seriously? We ask again. After all, we are only five minutes late. No chance. And all the other restaurants (two in number) have not even started the season yet. Dejected, I do my resupply in the small but well-stocked grocery store and get a hot chocolate for free to cheer me up. it is already pretty chilly on Mount Lemmon and extremely windy, so that I give up trying to warm up a can of chicken fricasse on my wood stove. Instead Larryboy and I make ourselves comfortable in the vestibule of the community center restrooms. Fresh water, toilets, electricity, fast WIFI and a sheltered place. What more could a thruhiker want?

Since Larryboy has to pick up a parcel from the local post office which is closed until 9 a.m., we say goodbye and I start my descent from Mount Lemmon over the Oracle Ridge. There is an unexpected amount of ascent and the wind almost knocks me off the trail. I spot some deer and at a cow tank I discover another Horned Lizard, which hides quickly in the bushes.

The terrain becomes flat and the trail is winding its way through tiny hills. Perfect to make up for yesterday’s lost miles. Shortly before crossing the Tucson Globe Highway I look for a suitable campground for the night. Suddenly: rattling! Reflexively I jump back. There on the right, directly at the trail, I see it: my first rattlesnake. She flickers and rattles wildly, makes me understand: “Attention. Here I am!”

I try to assess the situation and wait some minutes. Continuing on the trail is not an option, because there is still this energetically rattling animal. I don’t like the thought of walking through the low bushes around the snake. Who knows if there is not the next snake waiting, which I don’t see so easily through the undergrowth. But the rattler isn’t even thinking about moving off the trail. So I have no other choice and start stalking through shrub and cactus around it. I don’t want to camp anywhere near the snake so I hike on.

The sun is already setting as I arrive at the Tiger Mine Road Trailhead, where I put my first water cache half a month ago. Unfortunately, someone helped himself to my water gallon, but it is covered with heart stickers. Who steals water and sticks hearts on a gallon? Besides, there are a lot of others beside my gallon, but none with stickers. Strange. I can’t find a nice campspot, everything is overgrown, so I set up my tent in the parking lot of the trailhead. An older couple is spending the night here in their camper. Harriet, the owner, invites me for a glass of wine. I’m not saying no to that. In her camper there are more animals than people. Rabbits and dogs. With white wine and mixed sweet and salty popcorn I tell Harriet about my adventure and she listens eagerly. Just about 10:30 p.m. and thus far after hiker midnight I say goodbye after she gives me her number. “Just in case”, she says.

When I’m about to take down my tent the next morning, Larryboy arrives. He had spent the night on the other side of the highway. I tell him the story of my stolen water and he laughs: “Well, that should be your trailname: Heart Bandit”. Every thruhiker gets a trail name while hiking a long distance trail. From Peppermint Skunk to DJ Night Cakes, everything is possible. The main thing is that the name tells a story. The water thief who spreads heart stickers on water gallons is now mine.

Today, I hike again with Larryboy. It’s nice to have someone to chat with every now and then. Especially if you walk through a passage where there is almost no shade. That’s a good distraction. After a short lunch break, which we spend clamped to an old concrete wall, we meet Ranger. Larryboy had hiked with him on the Continental Divide Trail last year. What a coincident. While the three of us talk, the next thruhiker comes along: a Mexican with the absolutely Spanish-sounding name “Klaus”. He takes a break while Ranger joins us.

We want to make it to Beehive Well, which, according to some reports, is a rather nasty source of water, but also the only one for miles. The rumours are true, because the water in Beehive Well is not just a green broth. There are a lot of bees flying around at the only extraction point, which are not very happy about us stealing their disgusting water. As if this wasn’t enough, a dead bird floats around in the tank. Delicious.

While treating lots of water and cooking food, Larryboy and I decide to start hiking at 5:30 am tomorrow. Klaus, who also makes camp for the night at Beehive Well, is joining the plan. A bad mistake, as will turn out later. 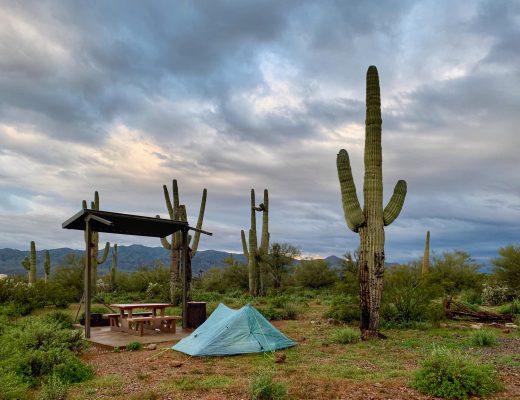 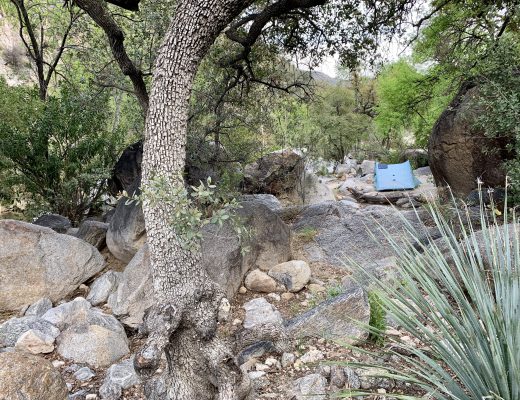 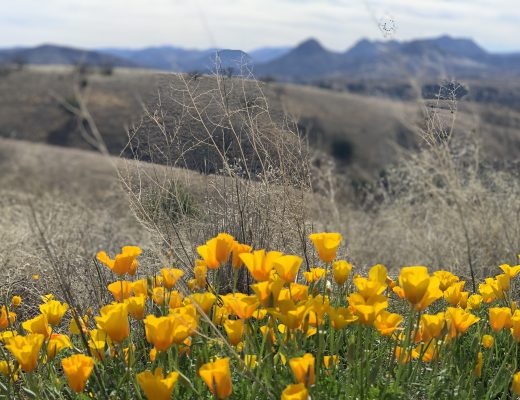 Washington welcomed us with open arms and lots of

The nighthike and sunrise at Crater Lake was nothi

Volcanic rock wherever you look made some stretche

Almost every PCT hiker opts for the alternate alon

2,000 miles of Oregon beauty… and the infamous T

The area around Mount Jefferson was closed for two