How to apply successfully for Fjällräven Polar

Fjällräven Polar – The adventure of a lifetime! Each year, more and more people apply for the arctic event with 200 sleddogs and 300 km of pure ice age feeling above the arctic circle. There were more than 4.000 applicants worldwide for the 20 spots for Fjällräven Polar in 2018. Exactly two applicants from ten regions (seen at the end of this post) will have the chance to participate in this amazing journey, will be equipped with all necessary stuff (you can keep most of it) and will become part of a polar expedition, where everybody can and has to contribute.

How will you become one of the 20 participants of Fjällräven Polar?

When I applied for Fjällräven Polar 2018 in last autumn, I had studied all applications from the winning entries of 2017. Most of them made an innovative video, the written profiles were short due to the website’s design. The applicants with most votes from each region won a spot, even if they had a creative application or not.

I dug deeper into the applications of the participants chosen by the jury. One of each region. Everybody had a stunning video. So, I invested a lot of time to develop an idea, which should be outstanding, but still show me as the person I really am. The result was a successful recipe for a Fjällräven Polar-cake made of Lego.

First let me say: do not let you get down by the professionalism and perfection of some videos. It does not count, if your project is cinematic. What counts is that you make the jury laugh, cry, think about your video. Surprise them! Everything is possible. Tell them, who you are and why you just have to be a part of Polar. You don’t need a fancy camera for that. A mobile phone will do. It took me about two weeks from the idea to finish my video. Ideas develop and change, so take your time.

As soon as the application period starts (October/November), you should create your application profile and upload your video. From that moment on, the stress begins. Your will look for your votes daily, maybe some times an hour. What are the competitors doing? Here is some advice based on my experience last year:

Share your video in every social media channel you can. Make your friends and followers become aware, how important your dream is to you. Ask them to vote for you. Ask them to share your dream. Do that frequently. Yes, some friends will become annoyed. But the ones that can barely understand what incredible adventure this is, will be okay with it and help. Every vote counts!

You can share your application in facebook-groups, too. Read the group rules first or ask the admin if it is okay for him or her, to share it in the group. Don’t be wrong about the membersize of some groups. Based on my experience, you can expect 1 % votes from a group. A group with 20,000 members will bring you about 200 votes. Some reasons might be, that just a small number of members is actually active. Some groups however have so many posts a day that yours will soon be invisible. Your application should at least fit to the group’s topic. Moreover, it can be helpul to be a longtime member already, instead of asking for votes as a total newbie to a group.

Alliances with other regions

Your competitors are in your own region, not the other ones. Look for applicants from other regions and ask them, to share your application on their social media. You will do the same for them. You can also form a team with several applicants and create a digital poster to share it. This way, you will get votes not just from your own region but internationally.

Ask your local press for an interview. Be brave and ask the regional press, maybe even the large newspapers or TV channels. The worst that could happen is that you don’t get an answer or a „No“. I had done an interview with a local newspaper. A large German Newspaper also did an interview with me, but it was not released until the end of the application period.

Be at least as creative during the application period as you were when creating your video. Even if I do not have proof, I am sure, the jury is watching your active campaign for your dream.

Thinking big, I asked a German icehockey club to show the weblink for my application on the big screen during halftime. This developed into a full live interview during halftime, which was shown on the big screen at a match with about 11,000 fans. Even if it did not rise my votes significantly (because most fans were gone to get snacks, relieve themselves or weren’t prepared to use their mobile right then to type a link manually), I shared the interview on my social media to show the jury, that I was brave enough to tell 11,000 people about my dream.

As the application period matched with Christmas, I cooperated with one of my Berlin competitors to visit German Christmas markets and public transportation in costumes to share my dream. I pinned over 300 chocolate bars to tiny flyers with QR-codes. We talked to innocent people in trains and market stands, told them in detail why they should vote for two total strangers. This campaign took a lot of time, was extremely embarrasing and got us few votes. But it was another chance to show, how much we were dedicated to Polar.

Chosen by the jury for Fjällräven Polar

In the end, I did not get enough votes to win. I became 5th of region GAS. The competition had larger networks, communities or made a better choice for sharing in the right facebook groups. So I had to hope for the jury. Endless six days I had to wait, because the last participants were not announced all at once. On 20th December, I finally could hear the words: „Carola Keßler. Welcome!“

After the jury announced all participants, I studied all the other winning applicants to find prove for my assumption. Each participant chosen by the jury was either a blogger, instagramer, had a larger YouTube channel, was famous for some other reason or had advanced skills for outdoor photography or filming. In other words: people who spread the word.

Let’s face it: Fjällräven Polar is a huge advertising campaign for the brand. Fjällräven cannot control who will win by most votes. Even a nobody with no real social media activity can win. But to ensure that the Polar will have a longlasting effect and be visible worldwide not only through their channels, they chose people who are likely to do so.

This said, if you don’t want to rely on winning by most votes, be prepared in good time. Establish an informative blog, create a meaningful instagram channel or become a YouTuber.

Good luck for your application for the next Fjällräven Polar-expedition, your adventure of a lifetime! 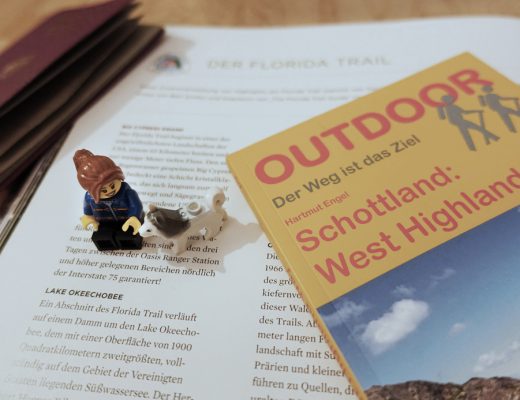 British Columbia… 🇨🇦 We were so lucky that

Whisky Jacks are known as the smartest bird on ear

What a crisp morning ❄️

Cabin life. A week in the same place. I don't know

Cinnamon Ridge Trail Hiked it today and it is re