Hiking the Florida Trail Day 4 & 5 – Alligators and the axe

2:30 in the morning. The storm’s here. And with it, the dreaded thunderstorm. Again and again a violent thunder rolls over my tent, followed by lightning every few seconds. In itself, I like thunderstorms. But right now I’m not sure if the choice to camp directly under the mighty oak tree was good or bad. I usually avoid trees during thunderstorms. But the alternative in the open field was even less attractive. So I lie on my sleeping pad on my back and watch my little knife in the roof pocket of my tent getting brightly illuminated by lightning. There are noises in the tents next to me and I see light. None of us can sleep in this storm.

In the end we survive the night without being struck by lightning. But when Warren shows me a recording of the radar at breakfast, I feel a little nauseous. The tornado zone passed us by within a hair’s breadth. We all would have looked pretty stupid. The mosquitoes are already alive and kicking at 6 am. No wonder, they hadn’t got anything to bite because of the wind in the evening. So we quickly pack up the soaking wet tents and set off at half past seven – like every morning.

The weather today is perfect for todays project. It is 20 miles to the Kissimmee Prairie Preserve Campground, where a hot shower and real restrooms wait for us. Since the campground is always well booked, I had already made a reservation a while ago and invited the two boys to join me for camping on my site. Of course our feet will not stay dry today. The joy about a freshly built wooden bridge is only short, because due to the heavy rainfalls of the last night the bars just float on the water surface and sink as soon as we step on them.

Halfway through the day we leave the beautiful palm-oak forests and find ourselves on the prairie. Warren apparently has bumblebees in his ass and pulls away while Jason and I keep on chatting. About an hour later I find Warren again at the arranged break spot.

“How did you get through the waist-high water?” he asks me. I look down at myself, dry to my feet.

“What waist-deep water?” “Well, where I even had to hold my cell phone up in the air to keep it dry. It just kept getting deeper and deeper.”

“Where the hell have you been?”

I’m wondering. I mean, you couldn’t really get lost on the last stretch. In my mind I go over the map… and I start laughing. At one point in Guthooks there is actually an explicit instruction not to take this “shortcut” through the swamp, because there is “heavy alligator activity”. That I can laugh about it now is mainly because Warren is doing well. But the thing could have gone really bad. Jason and I had taken the u-shaped detour over a nice wooden bridge. Warren just missed the turnoff.

The last evening as a trio

The remaining miles stretch like chewing gum. For 7 miles it’s just straight ahead. No end in sight. Shortly after 5 pm we arrive at the campground and pitch our tents at the Astronomy Site. Here one should have a wonderful view to the stars. Unfortunately there is a full moon tonight. With a couple who just moved from California to Florida we share one of the picnic benches which are very valuable for hikers and enjoy the beautiful sunset over the prairie. No showers today.

Freshly showered and with an alligator tear in my eye I say goodbye to Warren and Jason the next morning. I’m not in a hurry today, there are only about 16 miles to go and so I delay the departure until 9.30 am.

There is little shade in the prairie, so I take every tree for a short break to cool down. At a campground, which is located directly at the trail, I write a little note to the guys in the trail register – which they will never read, because they rush by the campground. Since I have no one left to chat with, I babble into my camera, into an empty turtle shell and with a cow calf roaming around all alone. But today is a good day, because after all I see three alligators, that are not either crazy far away or just give me the sting eye.

I am a little confused by the signs at the lock, which I cannot avoid. A sign expressly forbids me to enter the area or trespass. Another one says hikers should blow the horn. According to the third one I should announce my crossing in advance during office hours. Mind you: these signs are on the other side after I have already walked through the lock once without hesitation. Shortly afterwards I find a black bra tied to a wire fence. The story about it can be found in the video later on…

It’s not far to the end of my section hike now. Although I started so late, I am still a good hour faster than planned, so I take another break at another campground. Idyllically the bones rattle in the wind, which somebody has tied to a branch as a wind chime. One notices, I come closer to civilisation again.

The last night I want to spend on the inviting sounding Rattlesnake Hammock Campground, my “extraction point” as the military guys say. But when I arrive in the early afternoon, there is already a tent. At first sight completely normal. But the longer and closer I look at the scenery, the more queasy I get. Tent packing and tarpaulin lie scattered around the area. Next to it several beer cans. In the picnic bench there is a rusty knife, on it a kind of gas burner, which is certainly not meant for cooking. Next to a small hunting stool there is the package of an air bed where there is also something stuck in it. A screwdriver? In the dirt I find a hammer and a little further away an axe. WTF?

Since I don’t feel like being beaten to death with a hammer, sliced with a knife and roasted with a burner, I decide to leave the field – and take the axe with me. Who knows where the owners are right now. On the way to the sandy access road I tell my “pick-up service” via my satellite messenger that I’m waiting at the road because there are sketchy people on the campground. At the same moment I get the message: “Be careful, the groundsman says there are sketchy people.” So my instincts were not that wrong. Sitting in the sand and waiting, I suddenly hear loud engine noises behind me from the direction of the campground. “Oh, sh… now they’ll see I stole their axe!” In a high arc I throw the axe into the barely ankle-high undergrowth and stand up. Almost simultaneously I see my rescue approaching on the horizon.

With backpack and axe I jump into the car with my better half and we drive to the groundsman, who I show the pictures to and give the axe. He wants to tell the sheriff so he can have a look around. The next day he will tell the story to Warren and Jason for their amusement. As a farewell, he recommends another nice place in the area.

And so five days on the Florida Trail end with more excitement than expected, but still in the most beautiful moonlight at the campfire. It will not be the last trip out here. 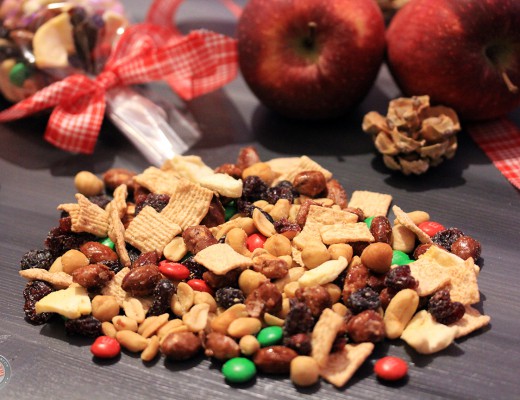 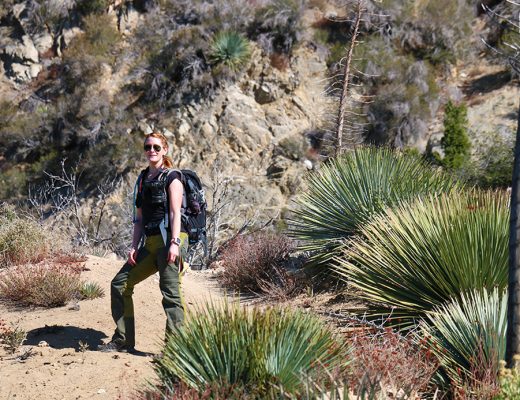