Start from the beginning: Part 1

5:30 a.m. The tent is soaking wet, inside and outside. Well, that’s included if you decide to camp next to a river. The view and the chance of some hygiene in the clear water are worth it. Even today, the temperatures will rise up to 90 degrees. So we start early again.

The Arizona Trail passes through two national parks: Saguaro National Park and the breathtaking Grand Canyon. For both you need a permit if you want to stay overnight. Of course, there is not just one website or procedure to get permits for the parks. So I had to apply for Saguaro National Park by fax two months before my planned stay and personally pick up the hand-filled scraps of paper in the office for the Rincon Wilderness. The office was not even close to the Arizona Trail, so I was glad to have been traveling by car before.

Leaving Rincon Creek I walk through the foothills of Saguaro National Park and feel like I’m in a huge cactus garden. Wherever I look, I see gigantic Saguaro cacti. In many of them I discover fist-sized holes where the native woodpeckers live. The trail is getting steeper steadily. Over 15 miles I will climb about 4,500 vertical feet today to Mica Mountain. The sun is already burning at 10 a.m. and there is no shade, unless you hide directly behind one of the enormous cacti. A few streams that cross the path are a perfect refreshment. Cold and delicious!

I quit my selfmade rule to take the first break after 6 miles, because the climb takes much longer than expected. Heat and altitude take their toll. I am so pleased with the small forest that surrounds the first of two campsites in the national park. The sweaty hiking shirt and shorts are hung in the sun to dry and I am just relaxing on the ground. There are still several vertical feet waiting for me and it won’t be any cooler for some hours.

The trail is getting steeper and I am moving at a snail’s pace. The Saguaro have vanished, now I am walking along small, crippled juniper trees until they also disappear and make room for large conifers. It gets cooler in the late afternoon. Manning Camp, where I want to set up camp cannot be far away. I discover a tent in the woods and say hello. No answer from the inside, although someone is obviously moving in it. About 15 minutes later, I see the first campfire spots and wooden benches from Manning Camp. Only two sites are occupied so far, so I have almost free choice. It should be a nice spot, since I have a permit for two nights and plan a zero day tomorrow.

At about 7 p.m., the fire is lit between and my tent is set up between four tall conifers. Firewood and pine cones are abundant here. Besides washing clothes, cooking, relaxing, watching the squirrels and keeping the fire burning, I am doing nothing for one and a half days.

Being lazy for a day has its price. In order for my hiking partner to reach his return flight from Tucson in time, we will have to hike 23 miles. Being optimistic, since most of the day should be downhill, I crawl out of the tent in the morning and put on not one, not two, but three layers of clothes. It is cold, only 30 degrees. That’s exactly how I start hiking today. After 15 minutes, I get rid of the first layer, after 30 minutes another one. As soon as you get moving, you will feel quite warm.

Reality catches me pretty soon. It seemed nice to just go downhill, but the trail is so steep and full of scree that I have to descend very slowly and with extreme caution. It takes almost two and a half hours for covering 6 steep miles, almost as long as uphill. At the foot of Mica Mountain, the trail tends to get flat. At a trailhead a van is parked, the side door half open. Someone is starting to move in a sleeping bag as we pass by. We try to be as quiet as possible and have already reached the other side of the road as a young guy calls us:

“Are you hiking the Arizona Trail?”

We go back to the van and the sleepy guy comes towards us. He has cold beer and coke in the car. We already took both from the trail magic, which he had put behind a shady rock and reject thankfully. Somehow he seems familiar to me, so I ask him what his name might be. “Neemor”.

Neemor … Neemor … where do I know Neemor from? Then it occurs to me! This year, a documentary about the Arizona Trail is being filmed. I heard about that from Darwin on the trail and Neemor was the camera guy. Why he quit the trail, I ask him. He had to quit due to knee issues. Now he travels along the Arizona Trail with his van doing trail magic. Darwin is already in Pine.

This is hard, I think and hope that something like that won’t happen to me. We say goodbye after a short chat, because there is still a long way to go today. We conquer the hills that characterize the landscape in this section. Many thistles grow here, most of them are bigger than me! At a water reservoir with questionable water quality a small stream flows along. Slim, but big enough to be home to a loudly croaking frog. There are some wild horses in the distance. I am very clumsy trying to jump over another stream. What the hell, my feet will be dry later on again.

Due to all the hot weather and sweat, I rubbed the inside of my thighs sore. Sweat, sunscreen and friction have formed red, burning stains on both sides. The sun is already starting to disappear behind the mountains, as we are going uphill again. The last climb before reaching the Molino Basin Campground, which is located directly on a highway.

My doubt that due to the infrastructural situation (you can get there by car) already all sites are taken, is confirmed, as we try to find a free camp spot in the dark with our headlamps. The trail provides! A few campers have taken two spots, but need only one this night. After about 23 miles of hiking, I am more than happy about this. Thanks, Arizona Trail. I can always rely on you. Hiking the Florida Trail Day 4 & 5 – Alligators and the axe 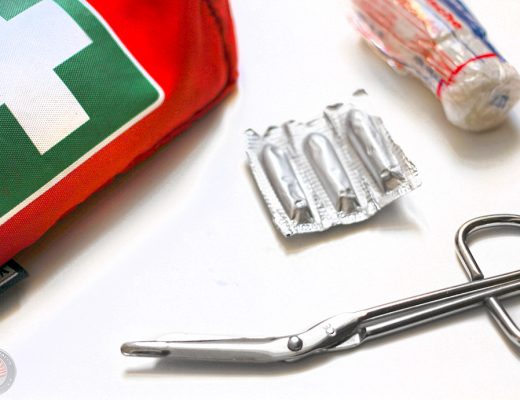 The best hotel in the world: small, lightweight, u